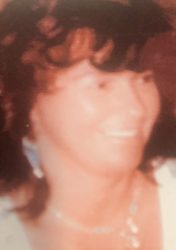 Services will be conducted at Morris Funeral Home in Cowen, WV on Tuesday, November 8, 2022 with viewing from 12 p.m. to 2 p.m. and service to directly follow.
Online condolences may be sent to the family at www.morrisfuneralhomecowenwv.com.
Services entrusted to the care of Morris Funeral Home.

Mary Natale, 82, of Cowen, West Virginia walked into the loving arms of Jesus November 2, 2022 at Webster Nursing and Rehab.

She was born July 23, 1940 in Bergoo, West Virginia to the late Johnny and Lily Barnette. She was a graduate of Jane Lew High School in Jane Lew, West Virginia and worked many years in the admissions office at West Virginia Wesleyan College. Mary later satisfied her urge for adventure accompanying her husband, Frank, on cross country trips as truck drivers, visiting every US state at least twice as she would so proudly recollect.

She is survived by a brother, Ronnie (Rosa Lee) Barnette, of Weston, WV, sons Kenny (Joanna) Mitchell and John (Hillary) Mitchell of Huntington, WV, daughters Lisa Ward of Lost Creek, WV and Sherry (Ken) Ward of Urich, Missouri as well as Johnny Natale of Cowen, WV. In addition to her children, she had 11 grandchildren and 26 great-grandchildren who affectionately knew her as “Memom”.

She was preceded in death by her parents Johnny and Lily Barnette, a brother, Junior Jackson, as well as James Mitchell, the father of their four children.

The family would like to extend a heartfelt thank you to the healthcare team and staff of Webster Nursing and Rehab for their unwavering care over the past three years. We are also thankful for Frank’s commitment to his wife, rarely missing a day to be by her side through her life‘s most difficult challenges.

Mary found joy in the simplicity of life, whether it was traveling down one of many US interstates or just as easily taking a stroll through her own backyard. She rarely knew a sad day and had the warmest of smiles that was second only to the softness in her eyes. While she will be greatly missed, the family celebrates in knowing that as she shared in the sufferings of Jesus Christ she also shares in His resurrection!

“Know ye not, that so many of us as were baptized into His death? Therefore, we are buried with Him by baptism into death: that like as Christ was raised up from the dead by the glory of the father, even so we also should walk in newness of life. For as we have been planted together in the likeness of death, we shall be also in the likeness of His resurrection.“

Services will be conducted at Morris Funeral Home in Cowen, WV on Tuesday, November 8, 2022 with viewing from 12 p.m. to 2 p.m. and service to directly follow.
Online condolences may be sent to the family at www.morrisfuneralhomecowenwv.com.
Services entrusted to the care of Morris Funeral Home.