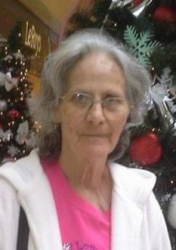 Online condolences may be sent to the family at www.morrisfuneralhomecowenwv.com

Services entrusted to the care of Morris Funeral Home.

Cecelia Marie Lawson, 79, of Camden on Gauley, passed away peacefully Wednesday, September 13, 2022 at Cabell Huntington Hospital, after an extended illness. She was born July 28, 1943, a daughter of the late Arnett and Agnes Hinkle Morris.

Marie started working at a young age at the Shoe Factory in Fenwick. She then started a long career as a cook for many local restaurants, from her early days at the Wayside Bar, Camden Restaurant and Hamrick’s Restaurant. Marie then opened her own restaurant in Cowen, which she ran for many years. Her life was her family, she could be found in the stands at her children and grandchildren’s games cheering them on, win or lose. She was an avid Pittsburgh Steeler, Glade Bulldog and Webster County Highlander fan. Marie was a former member of the Cowen Garden Club and 4-H leader of the Camden Warriors. Marie helped start the Cowen Raiders youth football and was a former member of the Civil Air Patrol. Her greatest enjoyment was her family, love for her family, most especially her grandchildren whom will miss her dearly.

Online condolences may be sent to the family at www.morrisfuneralhomecowenwv.com

Services entrusted to the care of Morris Funeral Home.